The administrator may have required you to register before you can view this forum page.

By signing into our server you agree to our rules and policies, these include although are not limited to:

No hacking, third-party software, or exploiting.
Be respectful to the staff all the times and your fellow players.

Make sure you understand our rules & regulations.
Not following our rules will result in jail time or an account ban depending on the case. There are no second chances.
Predator Aion Private Server
Would you like to react to this message? Create an account in a few clicks or log in to continue.

How can I appeal?

How can I appeal?

Oh oh. You have been banned/ jailed?

Of course you have been banned because you were found in violation of the Predator Aion Game Rules . However we made this thread open for those seeking appeals. Success percentage for appeals depends on how the staff finds the sincerity and honesty of each appeal.

What rules must I follow when appealing?
- Please do not use profanity when appealing
- Please be polite and understanding of the actions of all staff and users.
- State your case briefly and honestly. Chances are we know exactly what you did, and lying will not get you unbanned.

Appeal/apology letter: (please do not copy. make your own statement)

Please accept my deepest apologies for my mistake in regard to AP/Kill/Toll Farming/Hacking/Bug Abusing/Disrespect. I was caught and proven my guilty on this unfortunate situation resulting a ban to my account.

I'm hoping that this appeal will lighten the given punishment and hopefully leads to its release. Thank you.

“I am giddy, expectation whirls me round.
The imaginary relish is so sweet
That it enchants my sense.”

Hi to all Admin... i want to say im very sorry for what i've done.. i know it was a shameful action...but i admit it... and i accept it that my account banned.. and im hoping that it will released coz i dont want to do it again... thats what im gona promise to all admin.. and i can do that... sorry for all...

Is this Kurie the same Kurie which i know from long time??? I didnt believe it he will be unfair lol. Whats going on?

Honestly Kurie if it depended on me, I really would not give you any second chance, since you already got one, when you got doing it the first time, and yet do did it once more. This is more than sufficient proof that once a hacker/buger, always a hacker.

Dear:Admin
I am was so sorry on what had been happened..I'm guilty about what happend..
Please Accept my apologies.. for what I have done.. on Predator Aion.. that I didn't follow the rules.. I hope you will porgive me..

Appeal/apology letter:
Well gm im sory for what i say i dont mean that i was frustrate coze of asmo zerg pls acceptt my apology i play this server only few day pls its realy nice server.I hope u will unban i will never do it anymore


First of all, thank you very much


In short: I was arrested for something you never did, and never used
I stopped playing on a large server, because I really enjoyed playing here
Never used a hacker! not to mention that there is no proof, and simply took prison!
I really want to play, and I ask you, remove my prison.
And I say again, NEVER USED ANYTHING THAT!

Dear GM,
I just want to say sorry for the disrespect I showed you. I thought that the event was not yet finished, but I am still sorry for that. I was caught and in prison for 500 minutes. I wish to unjail me please, I won’t do it again. I won’t promise because I know in myself that I can’t keep promises, but I will do my best to obey the rules here in Predator Aion.
----------- Debuff 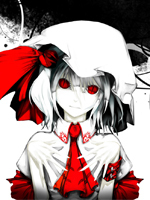 How Can I Appeal?

I am very apologized what I'ved done , Okay I admit it but I really want to back my char and hope you will given me a chance to return my character. I am very SORRY. Hope You all understand.

They knew there is this kind of amnesty page. After getting caught? They just go straight here and apologize. Omg! Don't give them 2nd chance please. 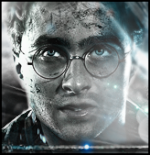